In 2008, Congress enacted a $7500 tax credit designed to be an incentive for first-time homebuyers to purchase a home. The credit was designed as a mechanism to decrease the over-supply of homes for sale. For 2009, Congress has increased the credit to $8000 and made several additional improvements. This revised $8000 tax credit applies to purchases on or after January 1, 2009 and before December 1, 2009.

Only first-time homebuyers are eligible. A person is considered a first-time buyer if he/she has not had any ownership interest in a home in the three years previous to the day of the 2009 purchase.

3. How does a tax credit work?

Every dollar of a tax credit reduces income taxes by a dollar. Credits are claimed on an individual’s income tax return. Thus, a qualified purchaser would figure out all the income items and exemptions and make all the calculations required to figure out his/her total tax due. Then, once the total tax owed has been computed, tax credits are applied to reduce the total tax bill. So, if before taking any credits on a tax return a person has total tax liability of $9500, an $8000 credit would wipe out all but $1500 of the tax due. ($9,500 - $8000 = $1500)

4. So what happens if the purchaser is eligible for an $8000 credit but their entire income tax liability for the year is only $6000?

This tax credit is what’s called “refundable” credit. Thus, if the eligible purchaser’s total tax liability was $6000, the IRS would send the purchaser a check for $2000. The refundable amount is the difference between $8000 credit amount and the amount of tax liability. ($8000 - $6000 = $2000) Most taxpayers determine their tax liability by referring to tables that the IRS prepares each year.

5. How does withholding affect my tax credit and my refund?

A few examples are provided at the end of this document. There are several steps in this calculation, but most income tax software programs are equipped to make that determination.

6. Is there an income restriction?

Yes. The income restriction is based on the tax filing status the purchaser claims when filing his/her income tax return. Individuals filing Form 1040 as Single (or Head of Household) are eligible for the credit if their income is no more than $75,000. Married couples who file a Joint return may have income of no more than $150,000.

For most individuals, income is defined and calculated in the same manner as their Adjusted Gross Income (AGI) on their 1040 income tax return. AGI includes items like wages, salaries, interest and dividends, pension and retirement earnings, rental income and a host of other elements. AGI is the final number that appears on the bottom line of the front page of an IRS Form 1040.

8. What if I worked abroad for part of the year?

Some individuals have earned income and/or receive housing allowances while working outside the US. Their income will be adjusted to reflect those items to measure Modified Adjusted Gross Income (MAGI). Their eligibility for the credit will be based on their MAGI.

10. What’s the definition of “principal residence?”

Generally, a principal residence is the home where an individual spends most of his/her time (generally defined as more than 50%). It is also defined as “owner-occupied” housing. The term includes singlefamily detached housing, condos or co-ops, townhouses or any similar type of new or existing dwelling. Even some houseboats or manufactured homes count as principal residences.

11. Are there restrictions on the location of the property?

Yes. The home must be located in the United States. Property located outside the US is not eligible for the credit.

12. Are there restrictions related to the financing for the mortgage on the property?

In 2009, most financing arrangements are acceptable and will not affect eligibility for the credit. Congress eliminated the financing restriction that applied in 2008. (In 2008, purchasers were ineligible for the $7500 credit if the financing was obtained by means of mortgage revenue bonds.) Now, mortgage-revenue bond financing will not disqualify an otherwise-eligible purchaser. (Mortgage revenue bonds are tax-exempt bonds issued by a state housing agency. Proceeds from the bonds must be used for below market loans to qualified buyers.)

NO. There is no repayment for 2009 tax credits.

14. Do 2008 purchasers still have to repay their tax credit?

YES. The $7500 credit in 2008 was more like an interest-free loan. All eligible purchasers who claimed the 2008 credit will still be required to repay it over 15 years, starting with their 2010 tax return.

There is no pre-purchase authorization, application or similar approval process. All eligible purchasers simply claim the credit on their IRS Form 1040 tax return. The credit will be reflected on a new Form 5405 that will be attached to the 1040. Form 5405 can be found at www.irs.gov.

16. So I can’t use the credit amount as part of my downpayment?

No. Congress tried hard to devise a mechanism that would make the funds available for closing costs, but found that pre-funding would require cumbersome processes that would, in effect, bring the IRS into the purchase and settlement phase of the transaction.

17. So there’s no way to get any cash flow benefits before I file my tax return?

Yes, there is. Any first-time homebuyers who believe they are eligible for all or part of the credit can modify their income tax withholding (through their employers) or adjust their quarterly estimated tax payments. Individuals subject to income tax withholding would get an IRS Form W-4 from their employer, follow the instructions on the schedules provided and give the completed Form W-4 back to the employer. In many cases their withholding would decrease and their take-home pay would increase. Those who make estimated tax payments would make similar adjustments.

18. What if I purchase later this year but can’t get to settlement before December 1?

You’ll have a helpful choice that might speed up the process. Eligible homebuyers who make their purchase between January 1, 2009 and December 1, 2009 can treat the purchase as if it had occurred on December 31, 2008. Thus, they can claim the credit on their 2008 tax return that is due on April 15, 2009. They actually have three filing options.

No, you would qualify for the $8000 credit. Eligible purchasers who have already claimed the $7500 credit on a 2008 return for a 2009 purchase may file an amended return (IRS Form 1040X) for the 2008 tax year. This amended return will enable them to obtain the additional $500 credit amount.

No. Congress anticipated this confusion and has made specific provision so that there would be no repayment of 2009 credits that are claimed on 2008 returns.

22. I made an eligible purchase of a principal residence in May 2008 and claimed the $7500 credit on my 2008 tax return. My brother, who has never owned a home, wishes to purchase a partial interest in the home this spring and move in. Will he qualify for the $8000 credit, as well?

No. Any purchase of a principal residence (or interest in a principal residence) from a related party such as a sibling, parent, grandparent, aunt or uncle is ineligible for the tax credit. Since you and your brother are related in this way, he cannot qualify for the credit on any portion of the home that he purchases from you, even if he is a first-time homebuyer.

No; double dipping is not allowed. You would be eligible for only the $8000 credit. This will be an advantage because of the higher credit amount, plus the eligibility requirements for the $8000 credit are somewhat more easily satisfied than the DC credit.

24. I know there is no repayment requirement for the $8000 credit. Will I ever have to repay any of the credit back to the government?

One situation does require a recapture payment back to the government. If you claim the credit but then sell the property within 3 years of the date of purchase, you are required to pay back the full amount of any credit, including any refund you received from it. A few exceptions apply. (See below, #24). Note that this same 3-year recapture rule applies, as well, to the $7500 credit available for 2008. This provision is designed as an anti-flipping rule.

25. What if I die or get divorced or my property is ruined in a natural disaster within the 3 years?

The repayment rules are eased for many circumstances. If the homeowner who used the credit dies within the first three years of ownership, there is no recapture. Special rules make adjustments for people who sell homes as part of a divorce settlement, as well. Similarly, adjustments are made in the case of a home that is part of an involuntary conversion (property is destroyed in a natural disaster or subject to condemnation by eminent domain by an authorized agency) within the first three years.

26. I have a home under construction. Am I eligible for the credit?

Yes, so long as you actually occupy the home before December 1, 2009.

WITHHOLDING EXAMPLES: Note: The impact of estimated tax payments would be the same.

Situation 1: Sally plans her withholding so that her withholding is as close as possible to what she anticipates as her income tax liability for the year. When she fills out her 1040, her liability is $6000. She has had $6000 withheld from her paycheck. She also qualifies for the $8000 homebuyer credit.

Result: Sally’s withholding satisfies her tax liability and reduces it to zero. She will receive a refund of the full $8000.

Situation 2: Nick and Nora file a joint return. Nick is self-employed and makes estimated payments; Nora has taxes withheld from her salary. When they compute their taxes, their combined withholding and estimated tax payments are $11,000. Their income tax liability is $9800. They also qualified as firsttime homebuyers and are eligible for the $8000 refundable tax credit.

Situation 3: Cesar and LuzMaria both have income taxes withheld from their salaries and file a joint return. When they file their income tax return, their combined withholding is $5000. However, their total tax liability is $7200, generating an additional income tax liability of $2200 ($7200 - $5000). They also qualify for the $8000 first-time homebuyer tax credit.

Result: Cesar and LuzMaria have been under-withheld by $2200. Ordinarily, they would be required to pay the additional $2200 they owe (plus any applicable interest and penalties). Because they are eligible for the refundable homebuyer tax credit, the credit will cover the $2200 additional liability. In addition, they will receive an income tax refund of $5800 ($8000 - $2200 = $5800). If they owed penalties and/or interest, that amount would reduce the refund. 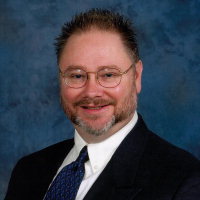